Alabama vs Texas Top-ranked Alabama travels to Austin, Texas for the highly-anticipated Week 2 matchup between the Crimson Tide and the Texas Longhorns. Texas is looking to put up a fight against a team that’s not just a favorite to win the game but to win it all in 2022.

Sure, Nick Saban treats every game as the most important one on the schedule, and most of the impact players from the 2021 roster returned for this season and a lot of Texas’s roster is young, but the Longhorns still have a shot. Right? 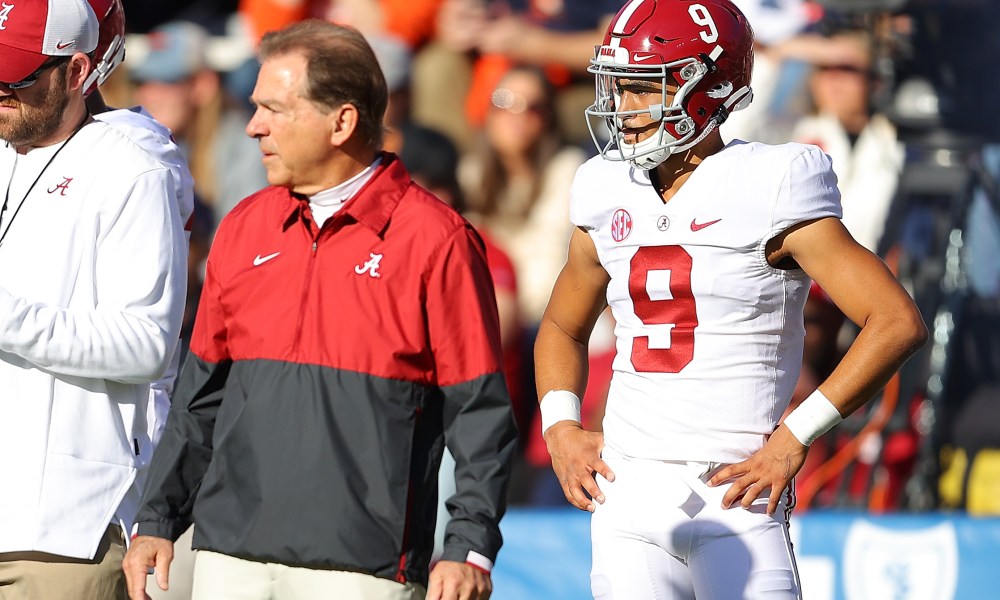 Alabama travels to Austin to take on Texas in a matchup that features a reunion against an old friend and is the first of many more meetings between these two programs as the Longhorns begin their transition to the SEC. Second-year coach (and former Alabama offensive coordinator) Steve Sarkisian has the Longhorns on the right track, but there’s a big difference between improvement and matching up against the Crimson Tide – the No. 1 team in college football.

Alabama opened its season with an easy 55-0 victory over Utah State. The Crimson Tide’s high-powered offense appeared to be in midseason form by averaging 7.8 yards per snap, and the defense limited the Aggies to just 136 total yards. Quarterback Bryce Young barely had to break a sweat, completing 18 of 28 passes for 195 yards and five scores. Also, he posted a career-high in rushing yardage (100). Transfers Jahmyr Gibbs (93 rushing yards) and Jermaine Burton (five catches for 35 yards and two scores) had standout debuts in Tuscaloosa. The blowout win maintained Alabama’s place atop the polls, but rival Georgia did steal a few No. 1 votes away in the Associated Press rankings.